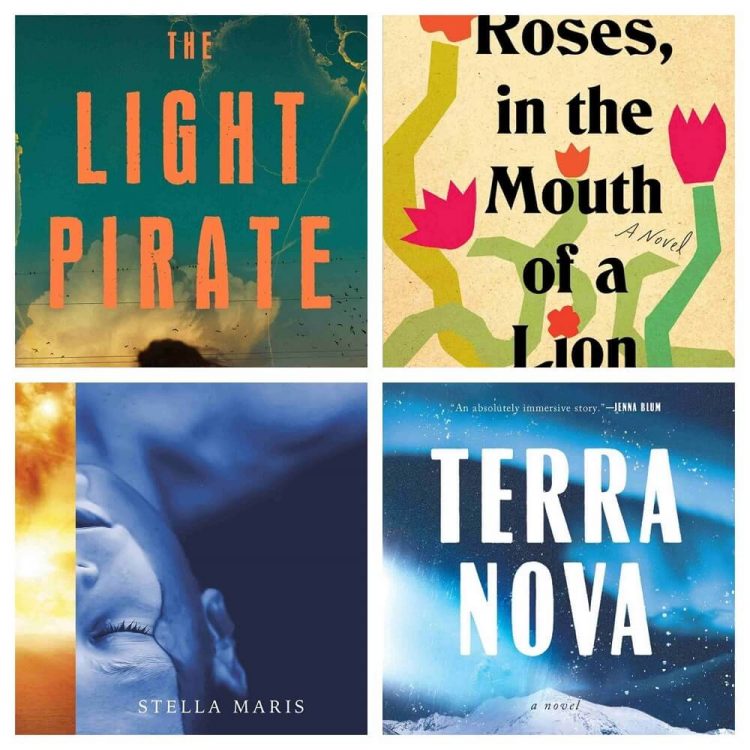 540
SHARES
12.2k
VIEWS
Share on FacebookShare on TwitterEmail this

As 2022 comes to a close, we anticipate all of the amazing novels that will be published in the upcoming year. Check out this list of the top books of winter 2023 if you’re prepared to start clearing off your TBR pile right away. You’ll want to add these 8 new books to your must-read list in the new year, including riveting literary fiction, thrilling thrillers, and exciting debut titles.

Florida is slipping away. As devastating weather patterns and rising sea levels wreak gradual havoc on the state’s infrastructure, a powerful hurricane approaches a small town on the southeastern coast. Kirby Lowe, an electrical line worker, his pregnant wife, Frida, and their two sons, Flip and Lucas, prepare for the worst. When the boys go missing just before the hurricane hits, Kirby heads out into the high winds in search of his children. Left alone, Frida goes into premature labor and gives birth to an unusual child, Wanda, whom she names after the catastrophic storm that ushers her into a society closer to collapse than ever before.

Roses, in the Mouth of a Lion

Razia Mirza grows up amid the wild grape vines and backyard sunflowers of Corona, Queens, with her best friend, Saima, by her side. When a family rift drives the girls apart, Razia’s heart is broken. She finds solace in Taslima, a new girl in her close-knit Pakistani-American community. They embark on a series of small rebellions: listening to scandalous music, wearing miniskirts, and cutting school to explore the city. When Razia is accepted to Stuyvesant, a prestigious high school in Manhattan, the gulf between the person she is and the daughter her parents want her to be, widens.

Alicia Western, twenty years old, with forty thousand dollars in a plastic bag, admits herself to the hospital. A doctoral candidate in mathematics at the University of Chicago, Alicia has been diagnosed with paranoid schizophrenia, and she does not want to talk about her brother, Bobby. Instead, she contemplates the nature of madness, the human insistence on one common experience of the world; she recalls a childhood where, by the age of seven, her own grandmother feared for her; she surveys the intersection of physics and philosophy; and she introduces her cohorts, her chimeras, the hallucinations that only she can see.

The year is 1910, and two Antarctic explorers, Watts and Heywoud, are racing to the South Pole.  Back in London, Viola, a photo-journalist, harbors love for them both.  In Terra Nova, Henriette Lazaridis seamlessly ushers the reader back and forth between the austere, forbidding, yet intoxicating polar landscape of Antarctica to the bustle of early twentieth century London.

Though anxious for both men, Viola has little time to pine.  She is photographing hunger strikers in the suffrage movement, capturing the female nude in challenging and politically powerful ways. As she comes into her own as an artist.

1944, Rome. Newlywed Niki Novotná is recruited by a new American spy agency to establish a secret branch in Italy’s capital. One of the OSS’s few female operatives abroad and multilingual, she’s tasked with crafting fake stories and distributing propaganda to lower the morale of enemy soldiers. Despite limited resources, Niki and a scrappy team of artists, forgers and others—now nicknamed The Lipstick Bureau—find success, forming a bond amid the cobblestoned streets and storied villas of the newly liberated city. But her work is also a way to escape devastating truths about the family she left behind in Czechoslovakia and a future with her controlling American husband.

How to Sell a Haunted House

Most of all, she doesn’t want to deal with her brother, Mark, who never left their hometown, gets fired from one job after another, and resents her success.

Between the World Wars, the six Mitford sisters—each more beautiful, brilliant, and eccentric than the next—dominate the English political, literary, and social scenes. Though they’ve weathered scandals before, the family falls into disarray when Diana divorces her wealthy husband to marry a fascist leader and Unity follows her sister’s lead all the way to Munich, inciting rumors that she’s become Hitler’s mistress.

As the Nazis rise in power, novelist Nancy Mitford grows suspicious of her sisters’ constant visits to Germany and the high-ranking fascist company they keep.

It’s fair to say that Maddie’s life in London is far from rewarding. With a mother who spends most of her time in Ghana (yet still somehow manages to be overbearing), Maddie is the primary caretaker for her father, who suffers from advanced stage Parkinson’s. At work, her boss is a nightmare and Maddie is tired of always being the only Black person in every meeting.

When her mum returns from her latest trip to Ghana, Maddie leaps at the chance to get out of the family home and finally start living. A self-acknowledged late bloomer, she’s ready to experience some important “firsts”.

From LA to London, with Love by Elizabeth Luly

The Swordmaster’s Daughter by Terri Green 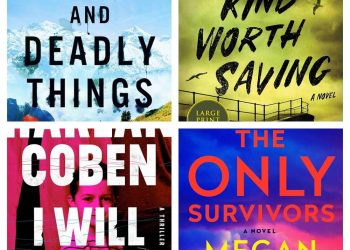 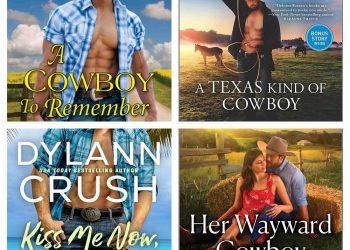 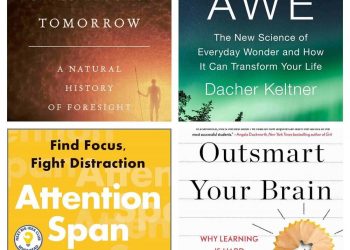